A reminder of the basics of quantum mechanics.

Below is short list of selected resources if you’re studying (advanced) fluid dynamics.

If you’re getting started with fluid mechanics at an advanced level I recommend you the following select resources. I also invite you to check previous posts on fluid dynamics most of which are videos or images of amazing fluid flows.

END_OF_DOCUMENT_TOKEN_TO_BE_REPLACED 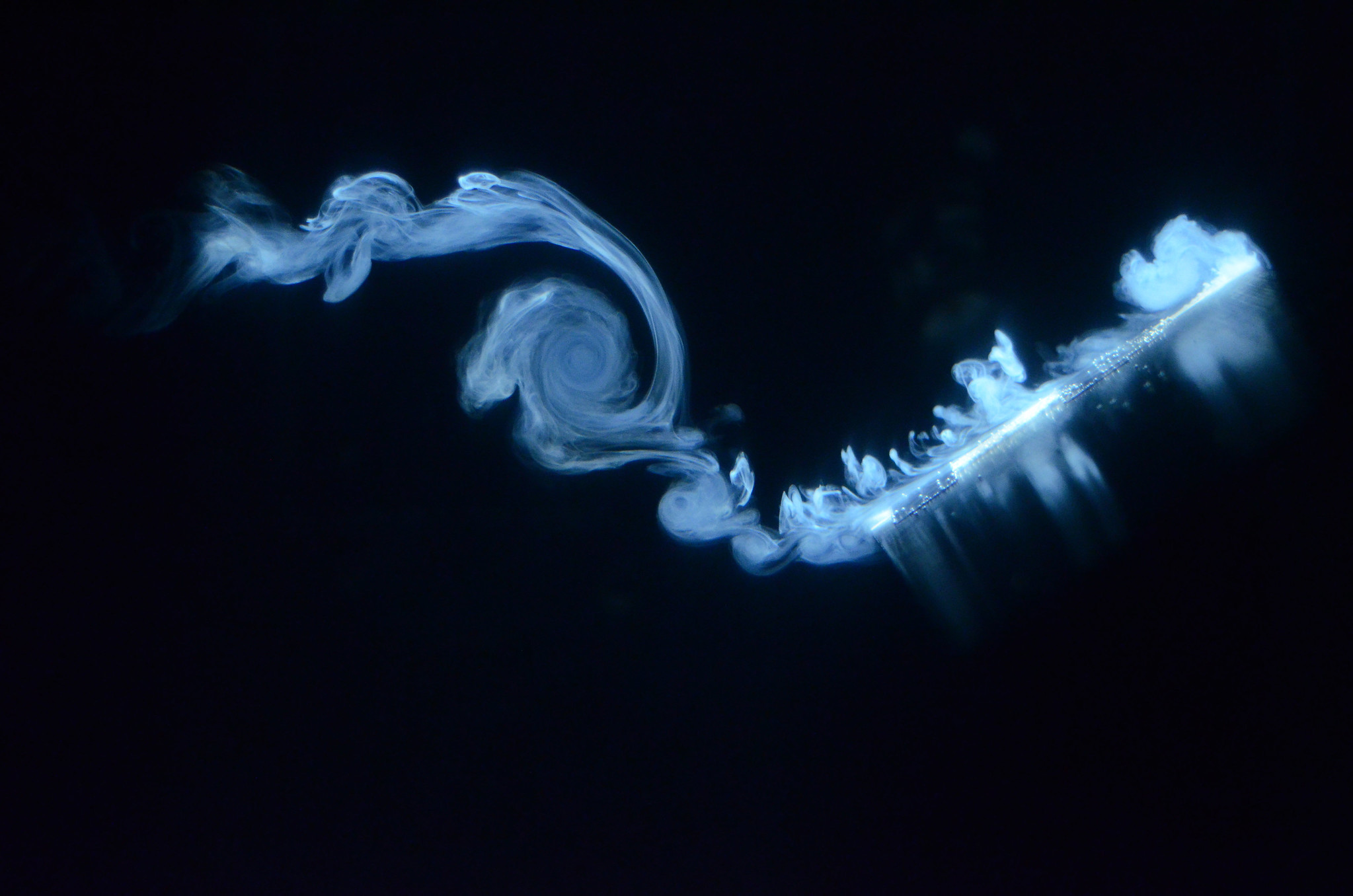 The Photograph shown is the raw image with no alterations. The image depicts a flat plate wing, which is simultaneously pitching and translating rapidly over a short distance through water at a Reynolds number of 10,000. This work is targeted towards understanding the aerodynamics of small insects with an intended application for Micro-Air Vehicles. The vortices are visualised by injecting a dye composed of milk and water. The milk has good reflective properties and is neutrally buoyant so follows the real flow faithfully. The inspiration for using milk came while pouring milk into a cup of tea at breakfast one morning! The photograph was taken by myself using a Nikon D7000 digital SLR camera, with the shutter speed and ISO adjusted to maximise the light entering the camera and allow the vortex structures to have a high contrast against the background. There are reflections of the vortex structures on the surface of the wing and some air bubbles are also visible on the dye injection needle on the wing’s surface.