Everyone uses digital maps these days, I assume. At least I do. Since I’ve been using them more often lately, I checked if there are any apps for Linux and especially Ubuntu. The search returned 4 apps.

is a map application for GMONE. Its use is slick and fast. It is supposed to be simplistic
Search and directions is functional (based on MapQuest if I’m not mistaken) but geolocation isn’t. Moreover, the satellite imagery is not available at high resolution. 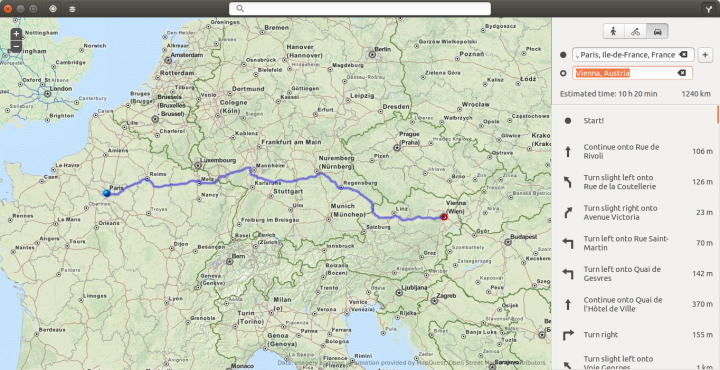 Inspired by Gnome’s map app (above). Zooming is slick and fast and the response is pretty good. The search and directions features are deprecated it.

Unlike the others, Emerillon brings different map layers for streets, cycling, public transport, and terrain.

Search is also not functional and geolocation is not available it seems.

I believe all have potential. If the developers work together I think they can develop one great map app for Ubuntu and Linux in general. 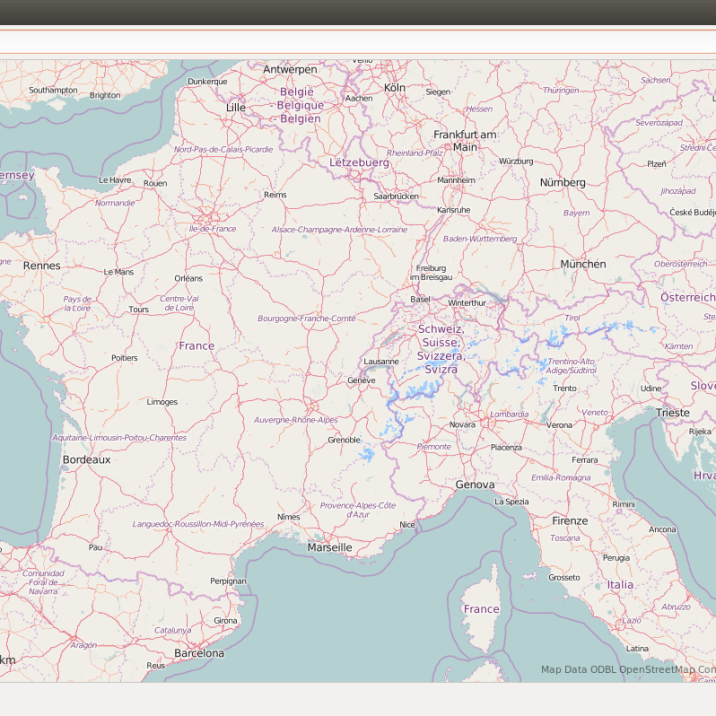 I’ve heard about Marble for quite a while and it seems to be a good app as far as the rating in the Ubuntu Software Center shows. I was reluctant to it as it requires many dependencies and I do not wish to install KDE packages. I installed it anyhow and I’m glad I did. To the map enthusiast and Google Earth users you will love this. Marble is similar to Google Earth and Sky and slick and smooth to use, better than Google Earth on Ubuntu. You have several themes to choose from (Atlas, Satellite, OpenStreetMap, Temperature) and routing (aka directions) works well.
It also gives you the choice of map projection types (globe, flat, mercator, gnomonic, and others).

Mentioning of the sky, you can view the stars in the Globe projection of Earth and you can also go to the Moon. It also integrates plug-ins which bring several services including online services like weather, clouds, earthquakes.

Above all it allows downloading regions and offline mode.

Update: @ TORSTEN RAHN noted in the comments that there’s a QT-version (marble-qt) for non-KDE desktops. Moreover, he noted that there are over 50 map themes (historical, traffic, biking, , etc) and that “Marble supports several different online and offline routing backends depending on the distributors’ packaging and service availability”.

Of course you can also install Google Earth, and I was using it, but my search was for a simple app that has some basic capabilities (better with directions). Eventually I ended up liking Marble better than Google Earth, for now at least. So, I chose to use the GNOME Maps as it has directions functionality that works for simple map viewing and directions. And Marble if I want something more advanced.

Update 2: Another comment from reader “Josh” raises our attention to two other “meteorological” map softwares: Zygrib for weather data visualization & Aweather. Chec his comment about their use.

Finally, this page on OpenStreetMap also has a list of map viewers and editors for Ubuntu.

Another note, I’d like to bring your attention to our friends at GIRMS who deal with GIS and related stuff for the MENA region.

5 thoughts on “Maps for Linux & Ubuntu”