One of the ways scientists are attempting to reduce greenhouse gases is to inject these gases into the ground. Specifically, they are testing injecting them, into basalt which is type of igneous rocks usually forming the first (rock) layer (sandwiched between the sedimentary & gabbro layers) in the oceanic crust basalt and in volcanic regions.

The above video features Iceland and its geothermal plants. Iceland is a heaven for geothermal energy as it lies along the Mid-Atlantic Ridge (MAR) (i.e. where Mid-Atlantic ocean floor is spreading apart in opposite directions forming a ridge). Most notably Iceland lies along the V-Shaped Reykjavik ridge (figure below; Google maps) which is part of the Norther MAR. 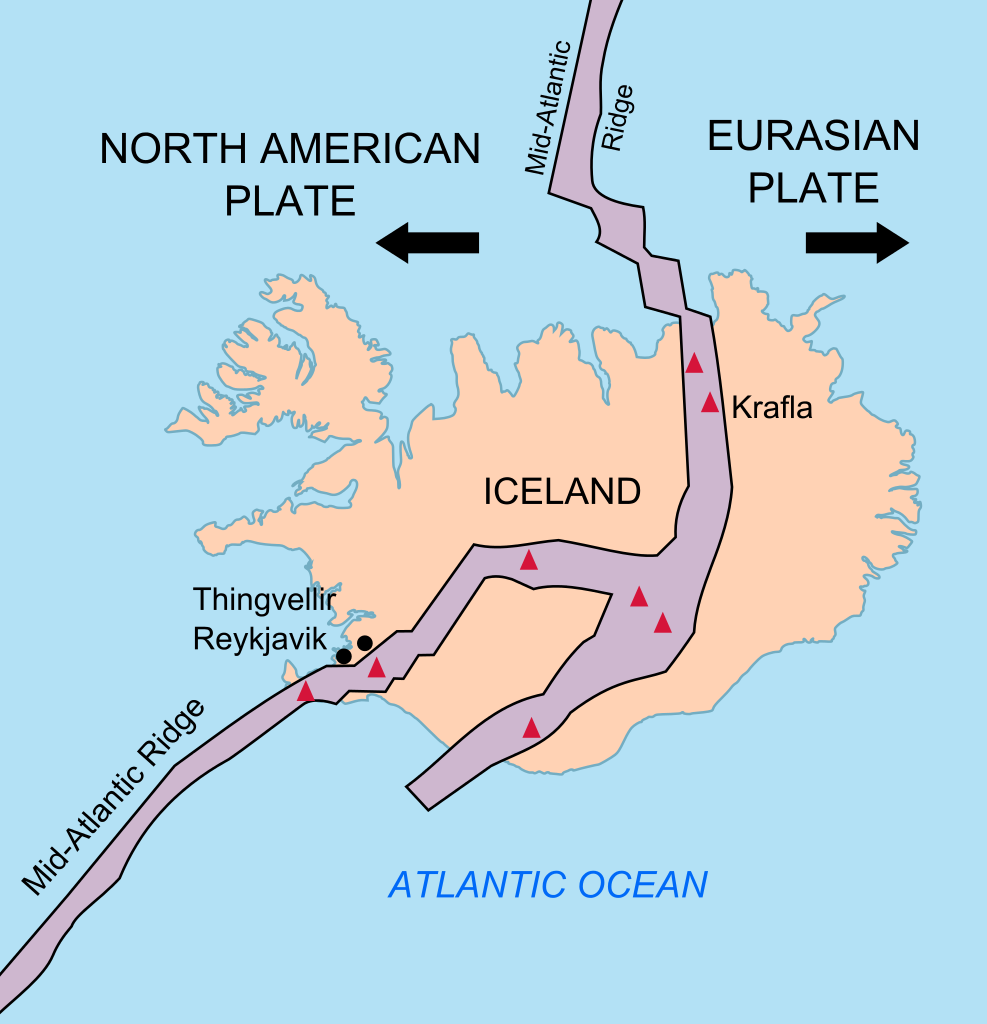 Iceland lies along the Northern MAR giving it its rich geothermal reservoirs.

Injected carbon dioxide (CO2) and hydrogen sulfide (H2S) in fluid form, after dissolving them in water, then react with the minerals found in basalt (calcium, magnesium, iron) and mineralize into calcite and H2S (fools gold which will be sustained as long as it remains untouched (i.e. temperature and pressure variations remain within certain limits and no acidic water is precipitated).

On the other hand, some research indicate that such fluid injections (including wastewater), most notable in the oil and gas industry and referred to as fracking, may cause earthquakes. [1,2,3]